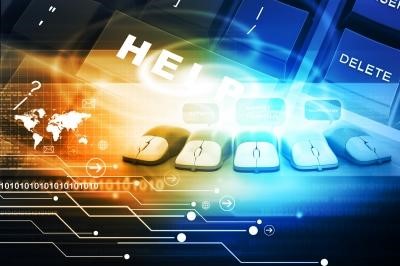 No one can deny the effect that technology has had on the world. It continues to advance and evolve at such a rapid pace, taking leaps and bounds in improving our quality of life. Mobile devices like smart phones and tablets have nearly the same power and processing speed that used to be limited to desktop computers, and now host a lot more features. More and more companies have taken their respective businesses online, attracting a wider market base with minimal expenditure. As an example, see bettingexpert’s review here. Even the current-generation ultrasound machines now produce a detailed three-dimensional image of an unborn child.

It goes without saying that technology has become limited solely by our imagination and creativity. With that being said, finding a balance between its utilization and more conventional means is important for a number of reasons.

There’s no question that technology has made everything easier and arguably more effective. From business to leisure, it helps us a great deal to accomplish our tasks. Kids today are a whole lot smarter than how we were at the same age because of the ease of access to a wealth of information via the Internet. However, what we gain in one area we can potentially lose in another with over-reliance. It isn’t wrong to rely on technology when the need arises as it would be a false economy not to do so, but we don’t necessarily need to be stuck behind it all the time.

Social interaction is one of the things that is severely lacking in this current generation. You could argue that this could be done online, but there’s no substitute for the face-to-face value of interacting with one another. A mere passing interest in physical activities could potentially stem from relying on technology too much as well with all the video games in production. While they certainly help the brain’s cognitive functions, a physical sport can still be more beneficial to our overall health.

Too much of anything, no matter how good it is will always have an undesirable result. As effective and efficient as technology has made everything, there are still skillsets that we can only acquire through more traditional and conventional means. You can only discover a talent you may possess in a physical activity like sports by actually doing.

We don’t want to dissuade anyone from using technology, nor state how negatively it affects the world, because that just isn’t true. In fact, it’s quite the opposite. You could argue that it even makes the world function now. But taking all that into consideration, balance is still a necessity in life. Having the right amount of reliance for both advanced technology and conventional methods can go a long way.

Image courtesy of hywards at FreeDigitalPhotos.net:

Why is cleaning your vaporizer important