Top 5 Cities for Nature Lovers in the USA

The United States of America is a fantastic destination for those who love nature. From the incredible National Park of Yosemite with its mountains, green forests and waterfalls to the ‘Bear Country’ in the Black Hills of Dakota. This country will not disappoint. Nor will it disappoint the big city lovers out there with the Skylines of New York City to the Beaches of Los Angeles.

For those who love both nature and cities combined the United States will be a real treat. Apply for your US ESTA and fly out to the states to explore the countries best cities while enjoying nature the same time!

Here are our top picks:

Who would have thought that one of California’s biggest cities has acres of hills with free-roaming Buffalo? Head to Golden Gate Park and this is what you can expect to experience. Besides the Buffalo’s the park is also home to fabulous lakes and both Japanese and Botanical gardens.

Just off the cost of San Francisco is Angel Island where you enjoy views of not only the San Francisco Skyline but also Mount Tamalpais.

Not only is this Texan city the ‘Live Music Capital of the World’ it also offers a lot in the terms of nature for its residents. The Enormous Zilker Park is over 350 acres large! The Park includes a Lake with its very own 10 mile bicycle trail for those who want to get active.

The Olympic National Park in Seattle is affectively a rainforest to explore. Then you have the incredible San Juan Islands which you can kayak around followed by Mount Rainier National Park which makes a fantastic day trip.

Green Lake Park is a very unique destination also since its located in a densely populated residential area and is therefore one of the most busy and also beautiful parks in the city.

Portland is home to the biggest urban park in the entire country ensuring its entry on this list. Forest Park is 13 kilometres in length and is equally beautiful as it is large. Forest Park features views of Tualatin Mountains, plenty of wildlife and plenty of forest trails to explore.

But what makes Portland special is its all year round appeal. In the summer you can surf along the pacific coast and enjoy the impressive beaches, while in the winter it’s the Snow Cascade Mountains that draw the crowds. Skiing is the most popular activity here during winter while Hiking can be enjoyed year round.

Well this one was quite obvious really! The picture perfect islands of Hawaii are just perfect.  The city of Honolula offers stunning beaches all over where you can go diving and snorkeling, ride the waves and just lay back on the beach.

On top of this there are some nice parks to hike like Manoa Falls Trail and the Lulumahu Bamboo forest. 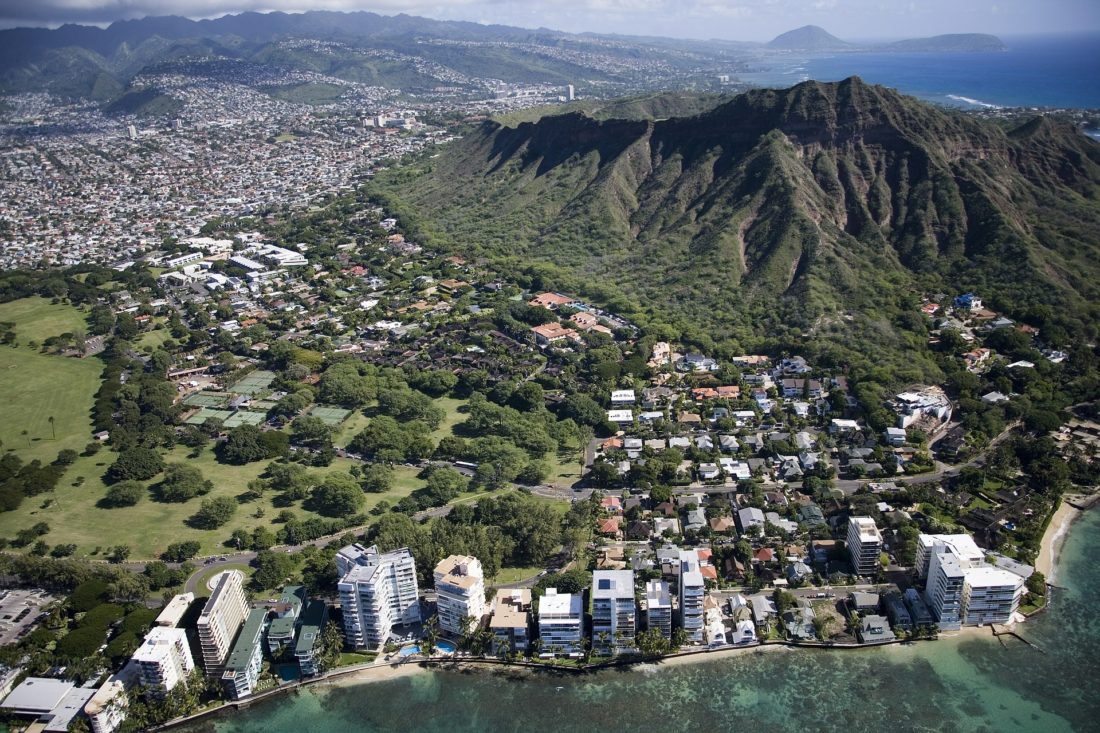