Etiquette for Asking Her Hand in Marriage 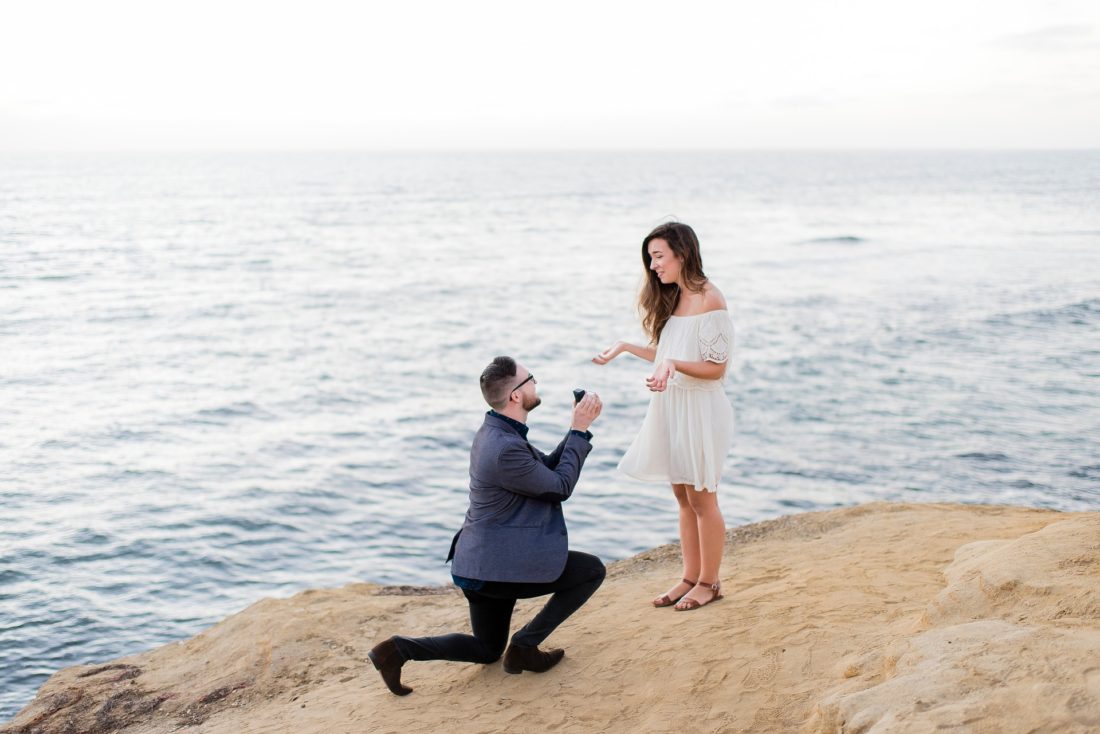 Let’s face it, asking for your girlfriend’s hand in marriage is a little bit old school and definitely not without its controversy. In some places, this age-old tradition is seen as disrespectful to the woman, whereas in other parts of the country, it’s simply viewed as a sign of respect to the family.

If you’re from the South, where traditions are cherished and held oh-so-dear, you probably should consider asking for your girlfriend’s hand in marriage. Of course, the real question is this: How do you do that in a way that isn’t sexist to your partner or insulting to her family?

From what you’re going to wear to how you’re going to ask the question, you’ll want to carefully plan every step of the process carefully. Don’t worry, though–you’ve got this! With the etiquette tips below, you can ask for your girlfriend’s hand in the most respectful way possible.

Talk with Your Girlfriend First

If you haven’t asked your girlfriend what she thinks about the whole, asking-for-her-hand-in-marriage tradition, you should do that before anything else. You’ve probably had several discussions about marriage, so this should be a piece of cake.

We know what you’re probably thinking: Won’t this ruin the surprise of the engagement? Well, that’s a fair point. She probably won’t be too surprised if you’re planning to ask her parents right away and propose soon after.

However, this is why it’s important to bring this conversation up sooner rather than later. Also, let’s be clear: It’s far better for the surprise to be slightly ruined rather than have her be furious at you for asking her parents’ blessing/permission to marry her.

Ask for Their Blessing, Not Their Permission

The simple truth is that your girlfriend is a grown woman who doesn’t need her parents to make decisions over her life. Unless she specifically stated that she wants you to ask her parents for permission, always ask for their blessing instead.

Asking for the parents’ blessing is the modern, less-sexist way of asking for your girlfriend’s hand in marriage. The only time when it’s okay for you to ask specifically for permission is if your girlfriend has made it clear that’s what she wants.

If Her Parents Live Close, Visit in Person

Once you have the go-ahead from your soon-to-be fiancé, you can start planning your visit to her parents. Proper etiquette dictates that if they live close by (within a few hundred miles), you should make a visit in person.

If her parents live far away, it’s a nice gesture to fly out for a visit and make the request in person. Just make sure to call first and plan a weekend that works for both of you.

Flying out to see her parents can be tricky to pull off if you’re trying to do it on the sly. If you’re terrible at keeping secrets, your girlfriend will probably see right through it. However, don’t let that stop you from trying (she’ll probably pretend to be oblivious anyway).

Whatever you do, don’t show up wearing your regular jeans and band t-shirt. You need to make a conscious effort to dress up in men’s classic clothing that shows you’re serious about asking for their daughter’s hand in marriage.

For an outfit to wear, you really can’t go wrong with tailored chino pants and a nice, button-down shirt to go with the season. If it’s hot and humid (as it often is in the South), opt for a short-sleeved button-down and breathable, chino pants in a light color.

Speak to Both Parents Equally

Traditionally (as in, the 19th century), the man would ask for the dad’s permission to marry his daughter. This is considered sexist in modern times and a huge breach of etiquette today.

Instead, speak to both the mother and the father equally as you express your desire to marry their daughter. If her parents are divorced and live apart, consider visiting the parent whom she spends the most amount of time with.

Keep Your Speech Short and Sweet

Plan what you’re going to say in advance, but don’t make it long. You’re not accepting an Oscar.

When speaking with her parents, start with how much you love and adore their daughter. Be sure to mention how they did a wonderful job raising her and how you’re immensely grateful to have someone as smart, beautiful, kind, etc. as her in your life. Finish by saying that you plan to propose to their daughter and would love to have their blessing.

Although most guys know going in that the parents will give their blessing, some are less fortunate. Even if you’re confident that you’ll get their blessing, be prepared in case they don’t.

If the parents don’t give their blessing, politely ask why. They may give you a specific reason that is worth considering. For example, maybe you failed college and don’t have a steady job. This, understandably, can make some parents nervous about whether their daughter will be well-cared for.

Though it can be tough to hear, try to take it in stride. Be gracious, thank them for their time and speak with your girlfriend about how the two of you want to proceed.

Don’t Wait to Propose to Your Girlfriend

Once you’ve received her parents’ blessing, try not to keep everyone waiting. It’s tough for some parents to keep secrets from their children, and the more time that passes by, the less likely your proposal will be kept a surprise.

To avoid keeping the whole family waiting on pins and needles, try to plan your proposal within a month or two of asking for her parents’ blessing. This way, you can make the moment surprising and special for her.

Asking for your girlfriend’s hand in marriage can be almost as nerve-wracking as the proposal itself. Although it may be easier said than done, try your best not to overthink it. After all, you have your girlfriend’s love and unwavering support. This is but one small step on the road to a happy marriage. Oh, and one last thing: Good luck!