5 Types of Wedding Ceremonies Across Asia 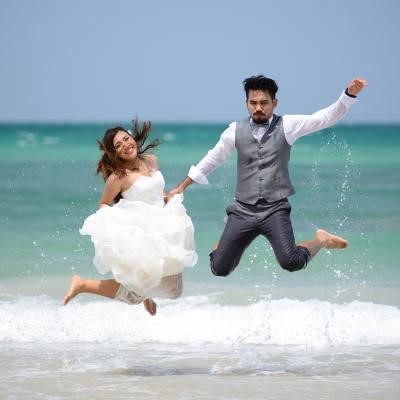 The union of two hearts, families, and souls, is one of the events that most people look forward to in their lives. Regardless of race, age, culture, or religion, the charm of wedding ceremonies is a universal experience.

Although Western wedding culture is more widespread nowadays, there are several countries across the world that adhere to customs that are a little less conventional, but are nevertheless as exquisite as the traditional European wedding ceremony. Below are five cultures from different Asian countries that just might redefine your idea of a wedding ceremony:

The Chinese pay close attention to astrological signs, numbers, and good fortune. This is why choosing the date of the wedding itself is a very long and careful process. Several traditional preparations are made on the day of wedding. On the night before the wedding, the bride is bathed in a special kind of water, as a way of cleansing. On the other hand, the groom is subjected to a series of tests or stunts, before he can make his way to his bride.

Traditional Vietnamese wedding ceremonies involve several processions from the houses of both parties, as well as a separate one for the groom to receive his bride. In these occasions, it is best to choose a wedding venue that is in close proximity to the house of the groom or the bride, especially when the former’s house is not large enough to accommodate the guests.

The intricacies and length of Indian weddings are what make these ceremonies so well known. Painting the hands and feet of the bride and pre-wedding meets, including inter-family gift-giving, are usually all part of the pre-wedding process. The wedding itself and the post-wedding ceremonies usually last for a day or two. Selecting one of the many Asian wedding venues which is both large enough and fit for the occasion should be based on budget, practicality, and how easily accessible it will be for invited guests.

Japanese wedding rituals are very symbolic. Before the groom and the bride exchange vows, they undergo the ritual of taking three sips of Japanese rice wine from three different cups. The number 3 symbolises them and their parents. The second number 3 symbolises the deliverance from the flaws of greed, hatred, passion, and ignorance. The bride is intricately dressed, and changes kimonos two times.

The closely-knit family ties of Filipino culture manifest themselves in wedding ceremonies. The grandparents of both parties are the primary witnesses of the exchange of vows. After the vows, the husband and wife light two separate candles, made one by a single holder, signifying the unity of not just the two of them, but also their families.

In terms of vows, Asian weddings are not too different from Western ones. The primary difference is usually the length, the number of guests, and the customs that are performed before and after the wedding, which Westerners usually do not have.

How to Have a Cheap and Beautiful Wedding

Why You Should Change Your Views About Premarital Agreements