5 Esports Events You Have To Watch This Year 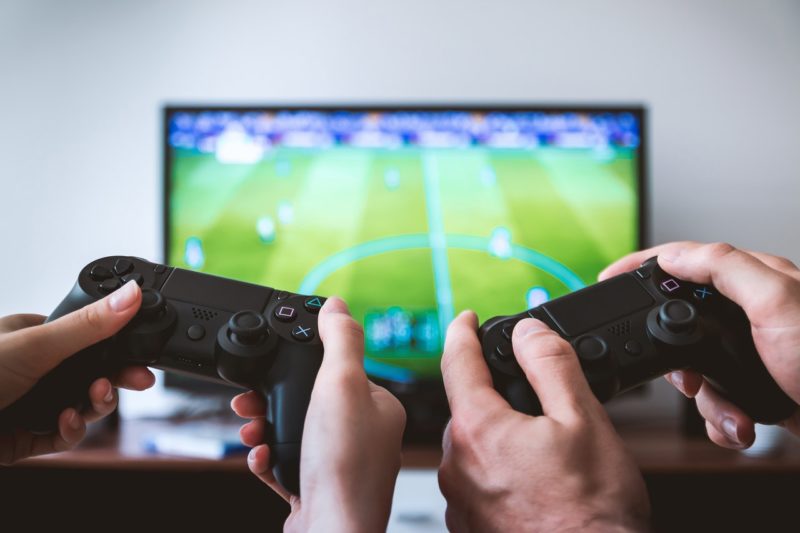 Hundreds of millions of people around the world regularly spend their spare time watching other people play video games. Esports has emerged as one of the fastest growing entertainment sectors in the world, and interest in the pro gaming scene continues to skyrocket. Fans say they love the thrilling action, the ability to connect with fellow gamers and the opportunity to hone their own skills by learning tips and tricks from the pros. If you want to see what all the fuss is about, check out the top five esports events of the year:

This is always the biggest Dota 2 event of the year and in 2020 it will bring all of the world’s leading teams to Stockholm to battle for glory. Last year, the prize pool surged to a record breaking $34.3 million, making it easily the most lucrative esports event of all time. Team OG surged to victory for the second year in a row, a result that made team members N0tail, JerAx, ana, Ceb and Topson the highest earning pro gamers in history.

They will be the favourites to make it three wins in a row when they arrive in Sweden on August 18, but they will face fierce competition. The formidable Team Liquid will lead the charge, along with Team Secret, Vici Gaming and Evil Geniuses. For the uninitiated, Dota 2 is a multiplayer online battle arena (MOBA) game in which two teams of five battle to destroy the opponents’ base, known as an Ancient. Each player controls a hero, whose skills develop over the course of the match, and the resulting battles are extremely gripping.

LoL is the world’s most popular esport and the World Championship is the most important event of the year. It brings together the teams from the four main regions – China, Korea, Europe and North America – plus a smattering of franchises from smaller leagues dotted about the globe, and they wage war on Summoner’s Rift. LoL is another MOBA title, but it is older than Dota 2 and has a larger fan base. The Worlds will not be as lucrative as The International, but it is likely to enjoy higher viewership figures.

This year it will be back in Asia after decamping to Paris in 2019. The tournament is scheduled to take place in Shanghai, which should help boost its impressive viewership figures. Chinese teams have won the LoL Worlds for the past two years, ending a long period of Korean dominance, but China’s status at the summit of this popular esport is under threat due to the novel Coronavirus. The spring split of the country’s league, LPL, should be underway, but it has been postponed due to the epidemic and there is no start date on when the action will resume.

Counter-Strike: Global Offensive has established itself as the most popular first-person shooter (FPS) in the competitive gaming sector. It hosts more tournaments throughout the year than any other esport, but the most important events are the Majors. There are just two per year, and the first takes place in Rio de Janeiro on May 11-24. It features a $1 million prize pool and the prestige attached to victory will be immense.

Danish team Astralis has cast an enormous shadow over the CS:GO scene in recent years, winning the last three Majors and seizing victory at several smaller tournaments. Dev1ce, dupreeh, Xyp9x, gla1ve and Magisk are the clear favourites in the latest esports odds to triumph in Rio, but they are not infallible. Teams like mousesports, Team Liquid, fnatic, Evil Geniuses and NaVi all boast strong CS:GO rosters right now, and they will all be desperate to knock Astralis off its perch.

The Evolution Championship Series is the largest and longest running fighting game event in the world. Evo 2020 takes place at the Mandalay Bay Hotel on the famous Las Vegas strip from July 21 to August. 2. All the leading lights from Street Fighter Champion Edition, Tekken 7, Super Smash Bros. Ultimate, Granblue Fantasy, Marvel vs. Capcom 2, Under Night In-Birth, Dragonball FighterZ, Soul Caliber VI and Samurai Showdown will be in Sin City for the event.

Evo is open to all players and it offers a fantastic celebration of the wider gaming culture. It always features a buzzing atmosphere and it yields a dazzling highlights reel. The action will be streamed on various platforms, allowing you to follow developments from anywhere in the world.

Overwatch is another wildly popular FPS title and it has emerged as a very credible rival to CS:GO in recent years. The Overwatch League is the preeminent tournament on the competitive scene, featuring six-figure salaries, million-dollar prizes, health benefits and housing for its stars. It is so popular that YouTube recently paid a huge sum of money to gain exclusive streaming rights ahead of Twitch.

The Overwatch World Cup is a global celebration of the competition and community, hosted at the annual conference of publisher Blizzard. This event, BlizzCon, is a massive deal in its own right, attracting fans of games like WarCraft and StarCraft, but the Overwatch World Cup could be the star of the show. Players hailing from the Overwatch League, Overwatch Path to Pro and Competitive Play will put aside their professional rivalries to compete for the glory of their home countries and regions, and the action should be enthralling.